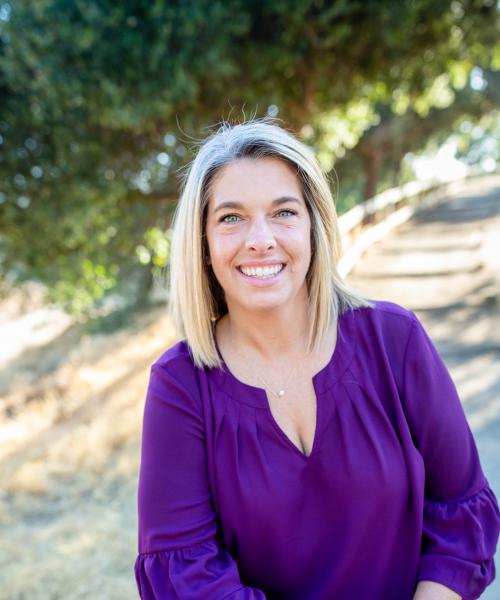 Sheila Stenberg was raised in a military family, living in California, Oregon, Washington, Alaska, as well as Guam as a child.  She began her career with Nationwide Insurance as an office manager, before meeting the love of her life, Mike, an active duty Coast Guardsman.  After marriage, they moved to Sitka, Alaska, where she worked for Sitka’s largest law office as a personal secretary.  Subsequent moves took them to Oregon, Florida, North Carolina, and Florida again, with Sheila working in the insurance industry as well as education, while being an active mother of their three children.  She was involved with coaching swimming and supporting them in soccer, baseball, and dance.  Their family was finally able to settle down for 12 years in Sitka, Alaska, where she worked in various accounting positions with the Sitka School District.  She enjoyed Alaska life whale watching, hiking, kayaking, and supporting her sons in Boy Scouts (producing two Eagle Scouts), as well as volunteering with the Sitka School District Music Program.  Mike’s retirement from the military brought them back to his hometown of Fresno in 2016, where Sheila has been working for a local property management company, recently obtaining her real estate license.  She is excited to be joining Roloff Retirement Solutions, Inc. to assist with investments and insurance, as well as coordinating our educational and client events. 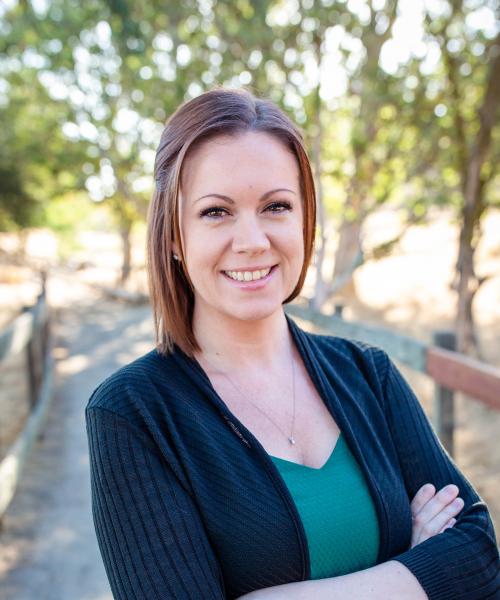 Jamie DeVaney was born and raised in Pittsburgh, Pennsylvania and later called Florida home for almost 15 years.  In Florida she worked for an independent insurance agent as a customer service agent and office manager while gaining experience in many different lines of insurance.  She remained with the company in Jacksonville until 2007, when she left to be a full time stay at home mom.  After her first 4 children had all entered school, Jamie returned to work, this time working for Allstate Insurance as a licensed sales producer in the northern Tampa area.  Her 5th, and last child was born at the end of 2016, shortly before her husband, Randy, accepted a permanent position in California and they relocated to the Fresno area in early 2017.   Jamie then spent 2 years learning the area and enjoying all the Central Valley has to offer.   In the evenings she loves watching her oldest 3 children run at cross country meets and compete in track and field events for CUSD.  Her oldest 3 children also enjoy music and perform in the school’s orchestra and band, playing 4 instruments between them.  The youngest 2 are just starting out in school and love all the outdoor activities the Central Valley has to offer including going on hikes and trips to the zoo.  She has been looking forward to returning to work as she enjoys working with people and being able to guide and assist clients on an individual, personalized level, and is excited to have found Roloff Retirement Solutions to be the perfect career match. 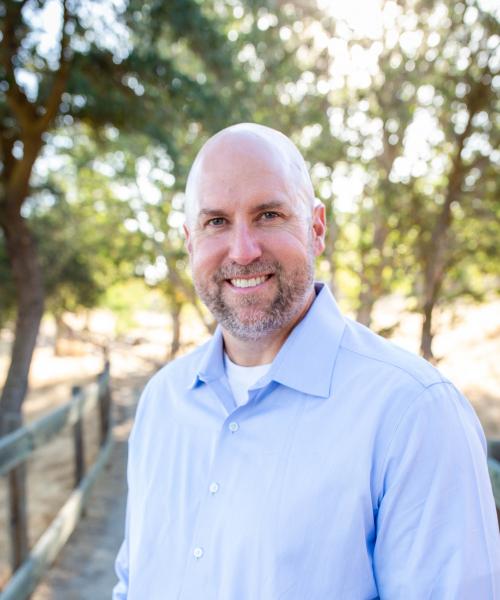 Ryan R. Roloff started Roloff Wealth Management, Inc. on August 31, 2011. The company was renamed Roloff Retirement Solutions, Inc. in September, 2017 to better align with our focus on retirement. After almost 15 years working for Dean Witter, Charles Schwab, Morgan Stanley, Bank of America and Merrill Lynch between Madison, WI, Phoenix, AZ and Fresno, CA, Ryan felt the call to offer his clients something more - the touch and feel of a small, locally owned & operated business, while maintaining the investment options and capabilities of any Wall Street firm.  The ability to help not only his larger clients, but also their children and grandchildren who may just be starting out was a major factor in leaving the larger firms.

Born and raised in southeastern Wisconsin, Ryan graduated from the University of Wisconsin, Madison with a Bachelor of Science degree in Economics with a mathematical emphasis, as well as a math minor. He is a believer in the unending pursuit of additional knowledge and specialization, having attained numerous credentials during his time in the industry.

He is a CFP® certificant, a designation awarded by the Certified Financial Planner Board of Standards, Inc. He also has attained the Chartered Financial Consultant (ChFC) and Chartered Life Underwriter (CLU) designations awarded by the American College, as well as the Chartered Mutual Fund Counselor (CMFC) designation awarded by the College for Financial Planning. Ryan has most recently become a National Social Security Advisor (NSSA), a designation awarded by the National Social Security Association, allowing him to specialize in assisting all clients in maximizing their Social Security benefits using advanced claiming strategies. In addition, Ryan earned the Estate Planning Consultant and Retirement Planning Specialist designations at Morgan Stanley / Dean Witter while qualifying three times for their "Horizons" recognition trip for outstanding advisors in business for less than five years. At Bank of America / Merrill Lynch, Ryan earned the titles of Vice President, Investments, Wealth Management Advisor and PIA Portfolio Manager, which requires demonstration of competency and discipline in managing portfolios on a discretionary basis. A state and national level award-winning math student in elementary through high school, he is also a qualified member of both Mensa and The Triple Nine Society.

Ryan is a Financial Advisor directly overseeing over $70 million in client assets, with clients spanning the United States. He does not have a firm investment minimum, but works only with clients looking for a structured, disciplined approach to investing and financial planning.

Ryan supports the communities in which he lives and works, giving back through volunteering both his time and resources. As a volunteer, Ryan has volunteered with such organizations as Rotary, Special Olympics, Habitat for Humanity and the Adopt-a-Highway program, among others. He also coaches several youth sports teams and volunteers at his children's schools. He financially supports organizations such as the Fresno Rescue Mission, Salvation Army, Merced Rescue Mission, Valley Teen Ranch, Poverello House, Fresno Street Saints, Food for the Hungry, Compassion International and the American Cancer Society. He encourages his clients to give back as their resources allow.

Ryan lives in the foothills of Madera with his family. He enjoys many outdoor activities and sports, including visiting National Parks, backpacking/hiking, golf, tennis, softball, basketball, cycling and downhill skiing, and is an avid Wisconsin sports fan. He owns one share of the Green Bay Packers football club.

Get Financial News & Updates Delivered To Your Inbox